Can your cat be found guilty of trespass? 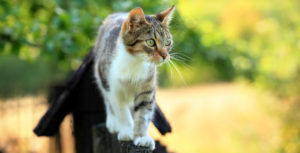 IIB Insurance » News » Company News » Can your cat be found guilty of trespass? 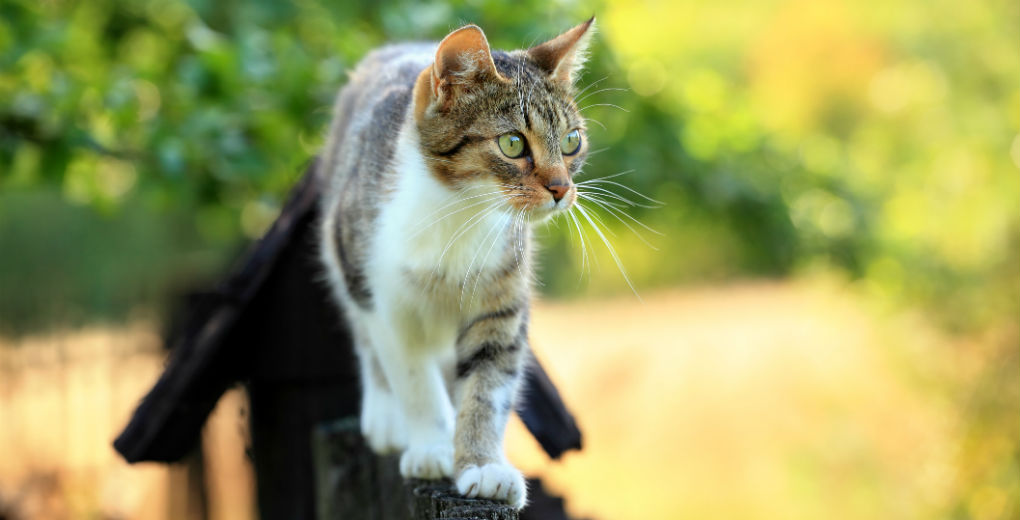 Cats tend to do as they please, and if they want to go into your neighbour’s garden, short of keeping them inside, there’s little you can do. However, this has led to a number of dispoutes amongst neighbours across the country as disgruntled homeowners want these stealthy visitors off their property. So, are you responsible for keeping your feline friend out of your neighbour’s garden, and are you liable for any damage they may cause on their travels?

What the law says
In the present day, owners of animals such as dogs and livestock are responsible for the whereabouts and the actions of their animals and will be held liable for any damage they cause. If dogs are found to be worrying sheep in another farmer’s land, they are guilty of trespass and the owners could be subject to fines and a court conviction if the livestock is harmed by their dog. The farmer even has the right to shoot the dog for worrying his sheep on-site, or else it could be humanely destroyed after the event.

The majority of animals fall under the Public Health Act 1936, in which it states that owners could be subject to prosecution if ‘any animal is kept in such a place or manner as to be prejudicial to health or a nuisance’. There have been several convictions made in the past where owners have been held liable and fined due to their cats repeatedly straying into someone else’s land. However, the situation was revised and clarified in 1971.

Animals Act 1971
In 1971, cats were ruled as ‘free-spirits’ and, consequently, were given the right to roam wherever they please, more or less. It states under the Animals Act 1971 that they “cannot be held guilty of trespass under civil law and, therefore, their owners or keepers cannot be liable for any damage done”. If neighbours want to strike up a case against a cat owner, they need to prove that the owner has negligently allowed their cat to stray, something which is incredibly difficult to prove.

It’s actually down to the owners of the property to ensure that cats cannot access their land, or prevent them from worrying any animals they keep, such as rabbits and poultry.

But what about the neighbours?
Whilst this may seem like good news for cats and their owners, the repercussions of such disputes can sometimes result in some devastating outcomes, with neighbours resorting to cruel methods to rid cats from their property. Whilst this is very much illegal, the repercussions aren’t severe enough to act as a deterrent.

So although there are legal grey areas, your cat’s meandering cannot be deemed trespass and you as the owner are not liable for any damage caused unless negligence can be proved. However, it is a good idea to work with your neighbours and respect them in order to avoid disputes and to stop things turning nasty.

If you want to sort out insurance for your own free-spirited feline, or another beloved family pet, give Independent Insurance Bureau Ltd a call on 01530 215065  and we’ll help to arrange a purr-fect policy.