Is time travel extra? The most expensive movie cars to insure 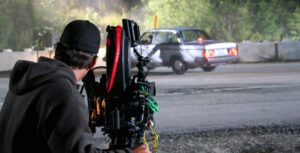 Is time travel extra? The most expensive movie cars to insure

From the heavily armoured Batmobile to Doc’s time-hopping DeLorean, cars play a starring role in many of our favourite film moments.

And we’re not talking about standard run-arounds. These mega-stars of the movie vehicle world are packed with unusual features, having to contend with car chases, explosions and robot battles.

Which begs the question… if you wanted to drive them in real life, what would they cost to insure?

Some of cinema’s biggest and best motor vehicles have been assessed by insurer 1st Central, compiling a list of the Top 10 most expensive movie cars to insure…

Psst! Wondering why James Bond’s famous Aston Martin doesn’t make an appearance? As a government agent, 007 doesn’t need insurance at all as he’s covered under the Crown.

If you are passionate about cars but don’t quite have Bond’s government protection, get in touch with the prestige motor insurance experts at [NAME OF BROKER] to discover the extra benefits of high-value vehicle cover.